History of the Cajón 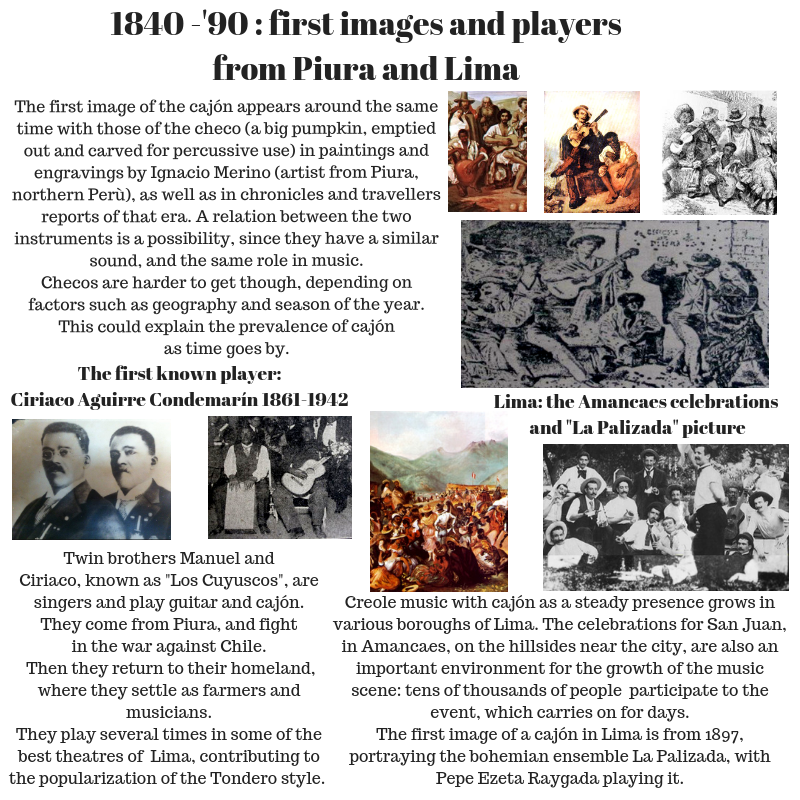 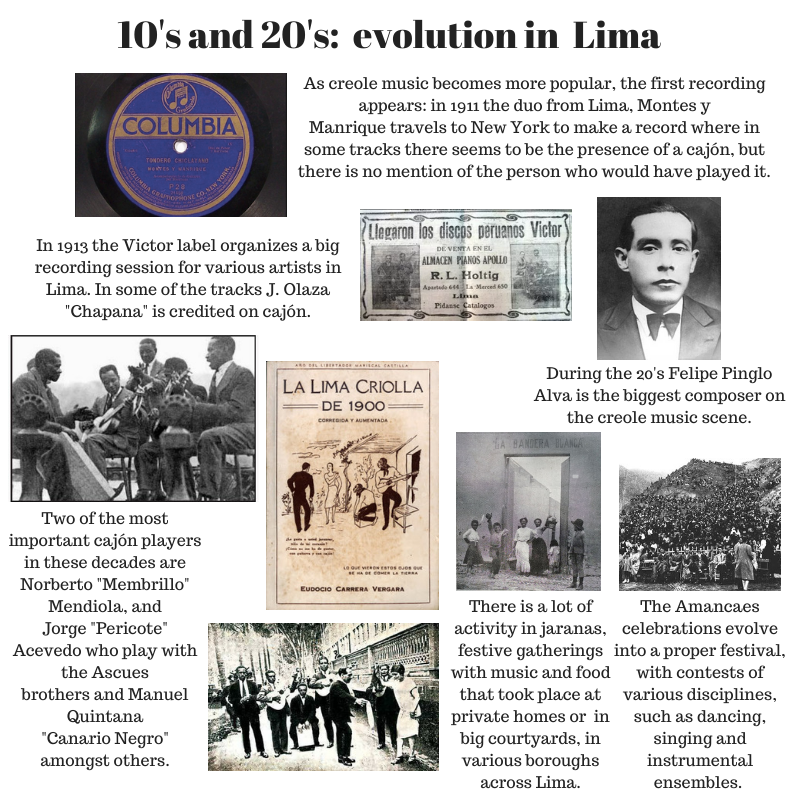 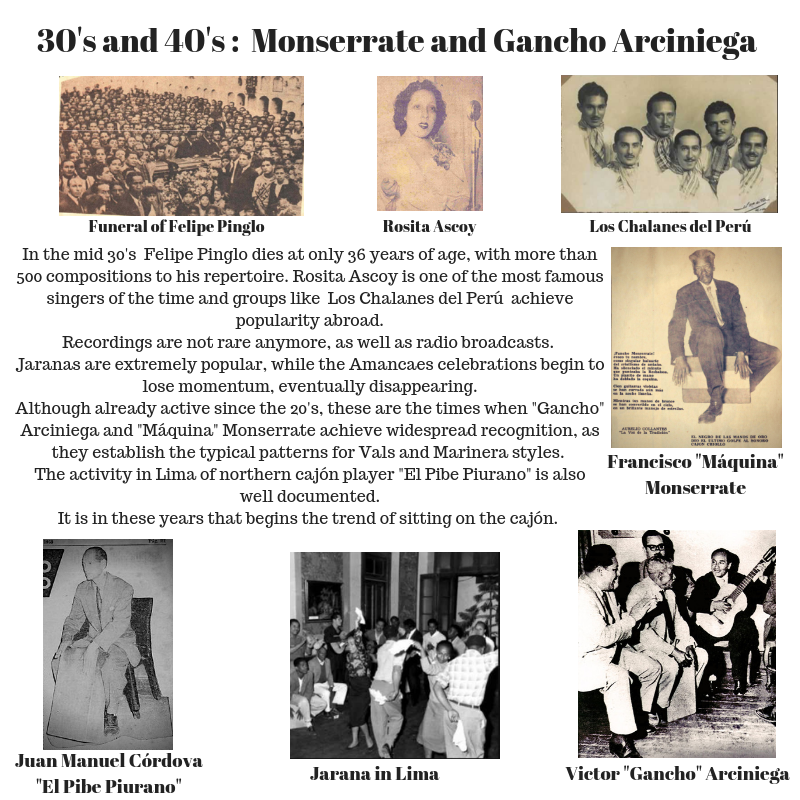 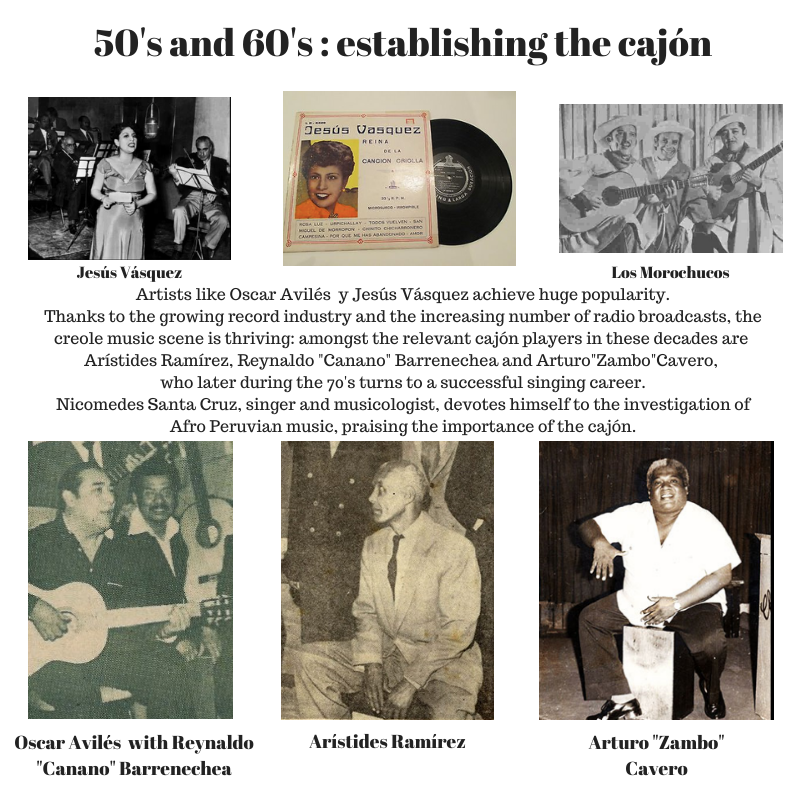 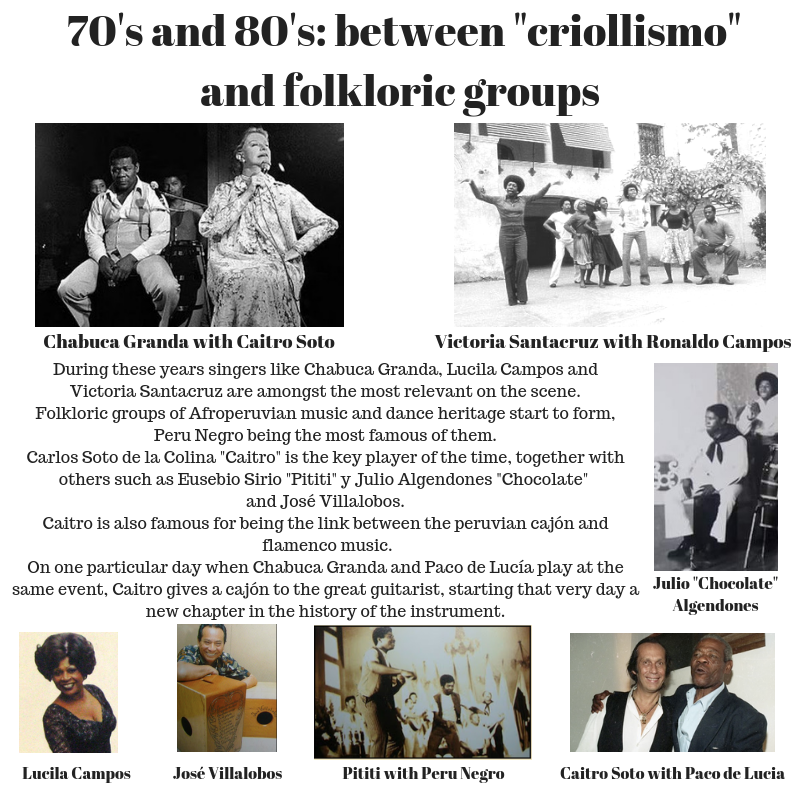 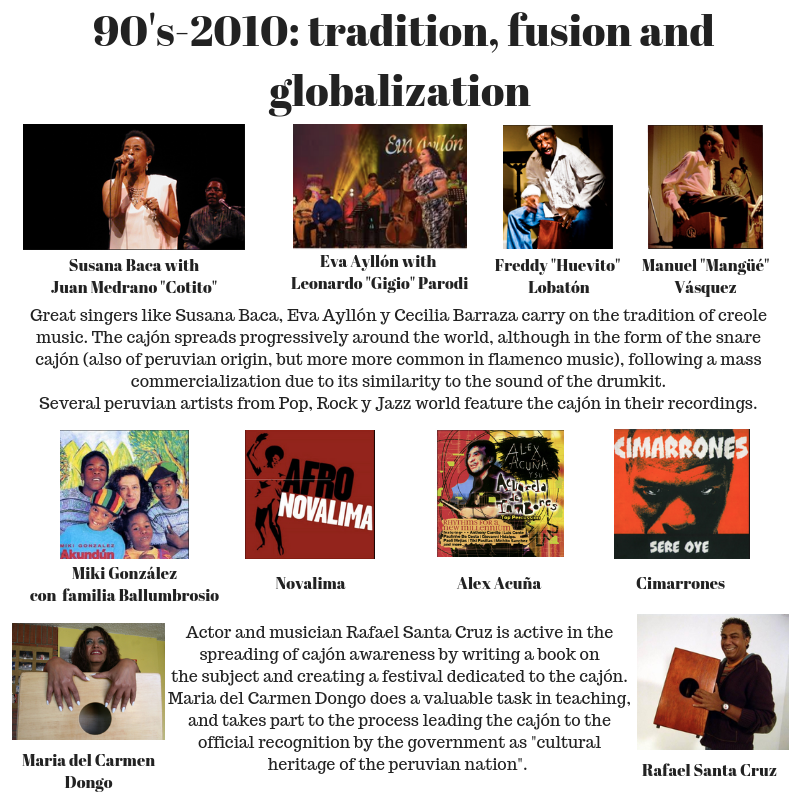 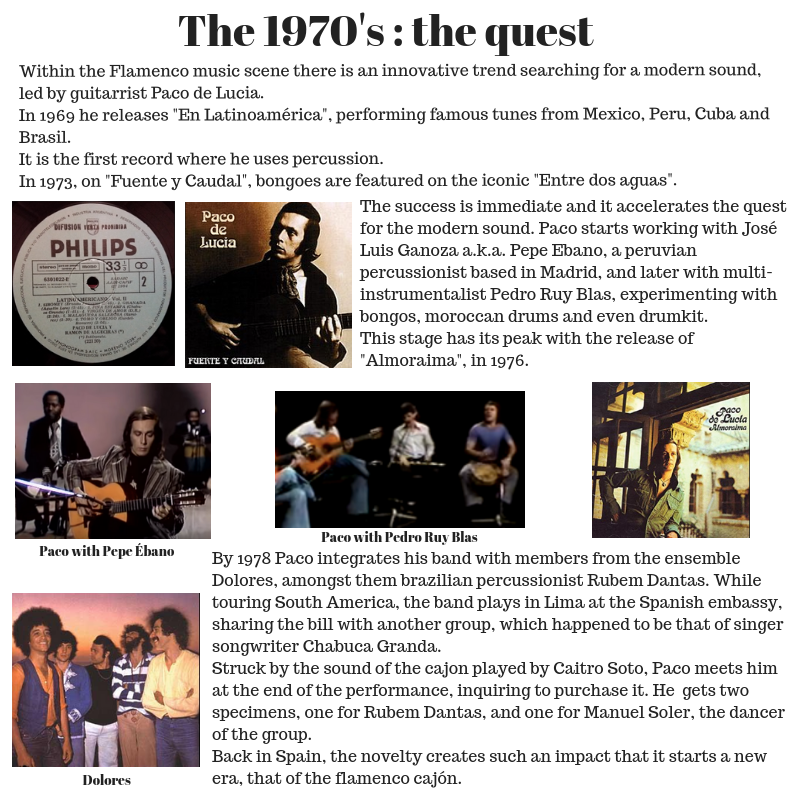 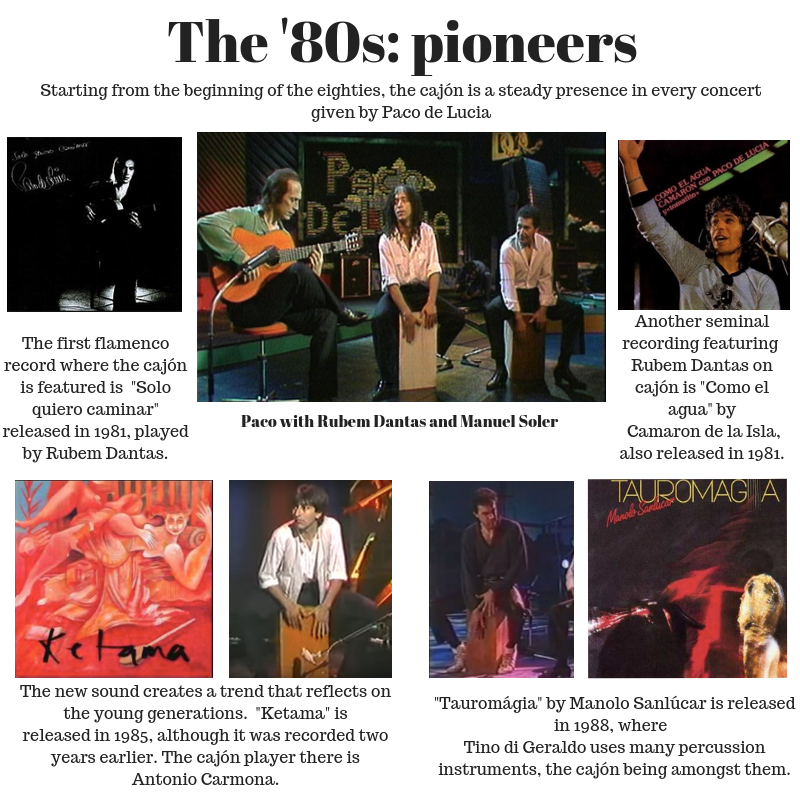 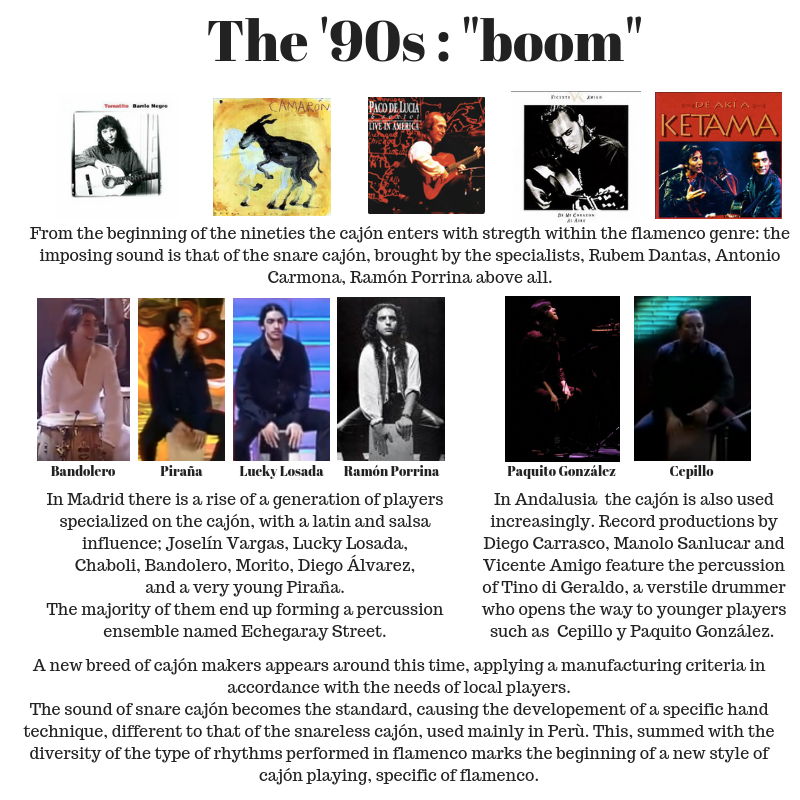 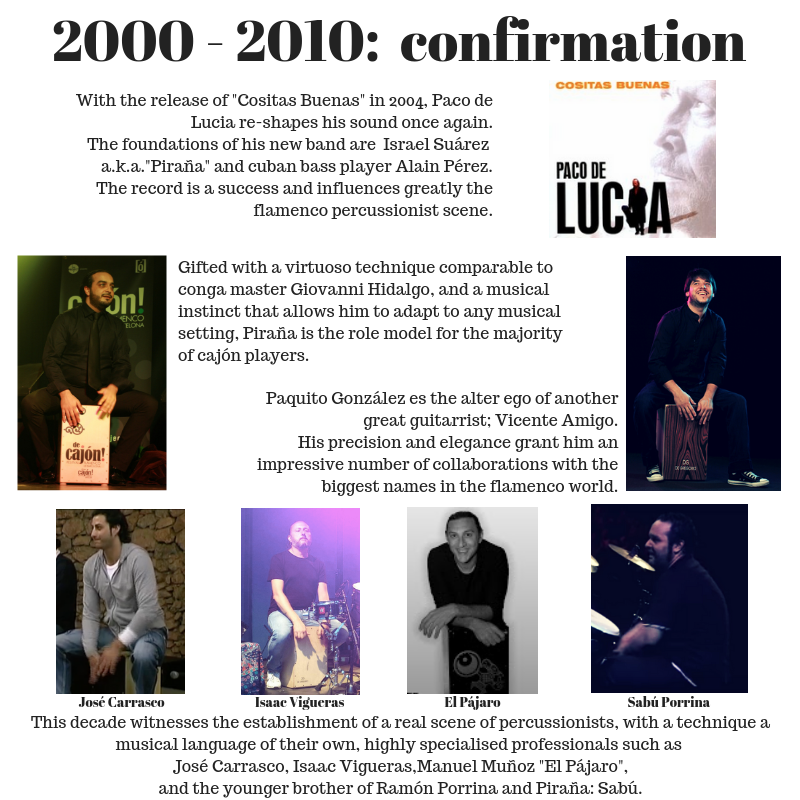 The Cuban cajòn has its own history, very much linked to that of a musician and handcrafter, named Pancho Quinto.

He started making cajones back in the ‘50s, and contributed to the creation of a standard for cajones shapes: usually they come in two shapes, one is rectangular (but wider than the Peruvian and Flamenco), and the other has a cut-pyramid fashion. 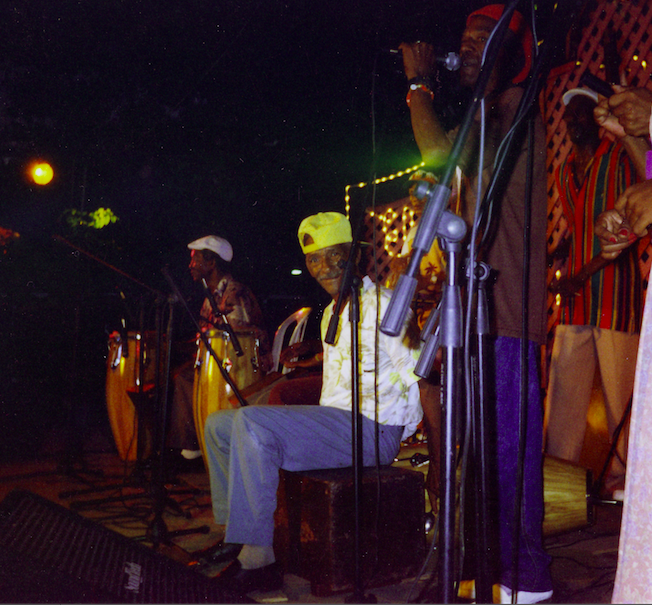 They are usually played together, one rectangular and two pyramids, or with congas.
Musically, Pancho Quinto is regarded as one of the originators of the “Guarapachangueo” style of Rumba, as well as Irian Lopez and Los Chinitos.

Master percussionist Miguel ”Angà” Dìaz , one of the best Cuban percussionists of all times, was also a frequent user of the cajòn, especially in his work with pianist Omar Sosa. 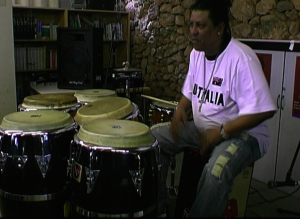